I am taking online classes for my master degree in machine learning at Georgia Tech. For the first three semesters, I used Google Doc to write down all my notes during lecture. The lectures are provided by Udacity which are using videos to teach the content. After three semesters, I realized that my way of taking notes was not efficient. First, I was taking notes in Google Doc which was not great when I needed to sketch quick doodles. It was not great because I needed to come back to video to get some contexts.

Microsoft One Note allows using a pen to doodle along with typed notes. Furthermore, it allows recording audio. The problem with Microsoft One Note is the lack of possibility to choose which way to record the audio. It only records from the microphone and does not record from the computer system. There is a User Voice request for a new feature to allow choosing the source of the audio. Configuring to record the computer audio make sense for anyone who is taking notes remotely on video as I do.

Meanwhile, it is possible to record the audio of your computer with Microsoft One Notes by download a driver that will redirect the audio. It is a little bit cumbersome but it works. Here are the step.

First of all, you need to download two executable. The former is a sound driver, the second is a tool that will proxy the audio back to your speaker hence you can not only record but listen.

The first download: VB-CABLE Virtual Audio Device.
The second download: Audio Density Demo
They are both hidden somewhere in the same page.

Once they are installed, you need to configure to use the audio. I am using Windows 10 Home edition. Here are the screenshots of the configuration of the audio. 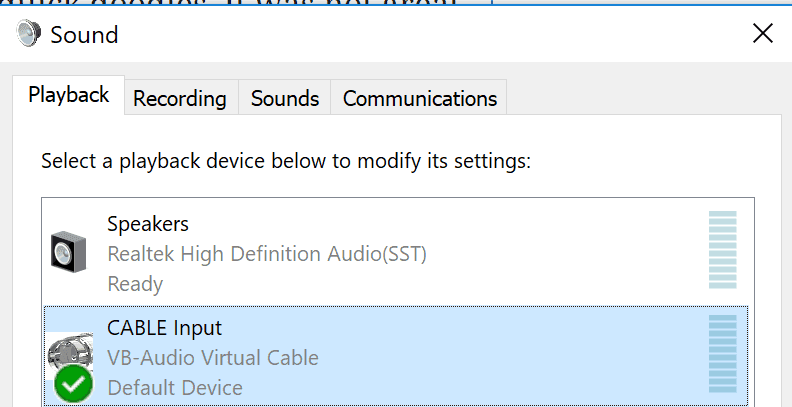 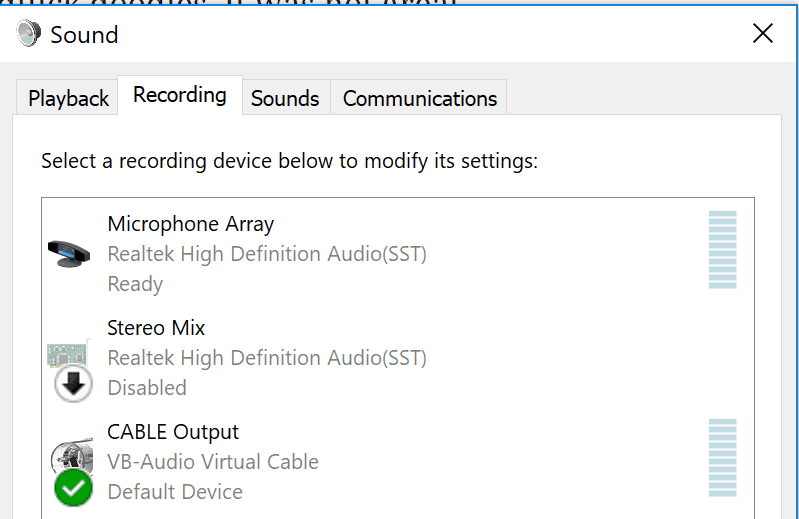 You will have to set to "default device" the Cable Input and Cable Output in both. The configuration is cumbersome because it requires that you swap it back to your speakers and microphone when you are not taking notes. However, that is a free option.

The last step is to configure Microsoft One Notes. I am using the 2016 version. The audio configuration is under File, Options, Audio & video. The setting must set the device to the new drive "Cable Output (VB-Audio Virtual Cable). 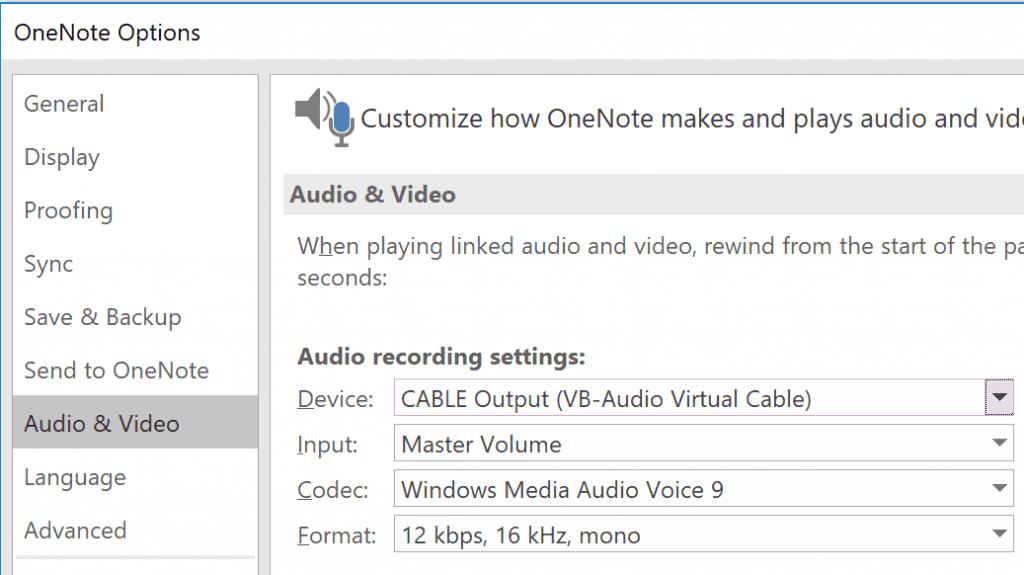 The last step is required only when you are ready to record which is to start the Audio Density Audio. That step is needed if you want to hear the audio while it is recording. It is awkward because the tool uses an audio animation which is useless for our case, but it is mandatory. The tool will make your CPU and GPU running high. It is unfortunate and I wish I had not to use something that intensive. Here are my configuration.

Finally, you can start recording and doodling and the audio will know when you wrote or draw allowing you to quickly click the play button next to the text to hear 5 seconds before you started writing. No more need to go back to a video to listen what the teacher was mentioning!