Microsoft Visual Studio Code (VSCode) has the capability to debug TypeScript, JavaScript and a lot of other languages. One interesting thing is that Visual Studio Code can also debug Gulp script (written in JavaScript). This is very useful since writing code that become complex is easier with good step through capabilities.

To do so, we need to add a launch configuration for VSCode. This is done by adding inside the root of your project a folder called ".vscode" and adding a file named "launch.json".

This file is used by Visual Studio when you hit "F5" or when you go in the left panel, under "debug" and click "Play". 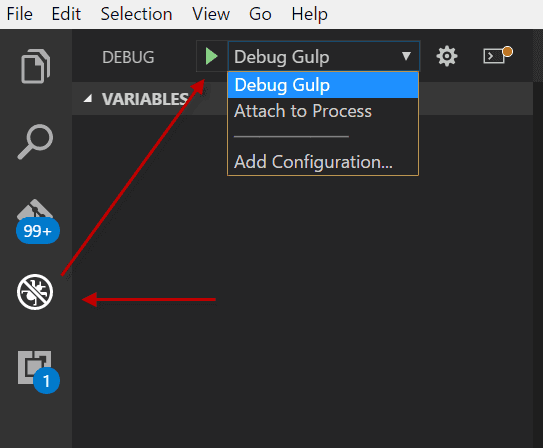