I adjust rapidly and efficiently to any environment. The proof is in my life. Relocated from a French’s world to an English one while changing country far from every anchor previously established. Moved between many teams and projects while being promoted continuously. Had to learn quickly new technologies and to be efficient within a few days. Rising from top companies to incredible ones while still moving across the United States.

In every position I was placed, I took the lead to improve the current situation or to put in place practices with the people around me. I am not a loud talker, but I bring pieces to every system at a regular pace to have a final result that could benefit every engineer as well as the company. I cannot stay in place and do the minimum -- I am naturally entrepreneur and want to innovate and push the limit of every assignment. I convey my love of performance to everyone who works with me and share as much as I can by presenting, emails or Slack any detail to bolster the team.

Expert in doing. Think, plan and execute. I design and write just enough to have the team understand the direction and to lift apparent impediments. I always have daily objectives and never jump in code until a first plan can be presented and then iterate. I master a balance between analyzing and coding, which allows me to have a steady delivery cadence. I polish user interfaces slowly while bringing more features that create the best experience for the user with time. Same for performance, usability, and tests: iterating is the key to success. At every step, I introduce a "wow" factor and innovations to go beyond expectation.

While performing my main tasks, I thrive on discovering initiatives to improve my team and the products. I am known to quickly draft documentation to communicate ideas and to have working prototypes rapidly.

I am naturally sharing my progress throughout my days to seek feedback and share the context of my decisions and progress. I share screenshots, video captures of my day-to-day work but also share nuggets of technology. The idea is to provide a constant stream of information that the team can strategically leverage.

I lean toward simple and fast solutions with a preference to do the heavy 80% of the work using 20% of my time. I truly excel working on the breath instead of working in-depth. I prefer working iteratively to achieve the best solution over time.

An excerpt of some of my works from the last few years. See resume for full entries

Open Connect ISP partners with embedded Open Connect Appliances (OCAs) can use the Open Connect Partner Portal to do some basic monitoring of the appliances in their network and some other administrative tasks. Created and responsible for the whole portal.

Developed in Microsoft Teams web application pre-release and post-release version 1. Responsible for the notifications and feeds.

Leader for the front-end of the page named Delivery Timeline Plan which was the first page built entirely in React and Flux. Heavily optimized to support thousand of complex components with virtual scrolling and lazy loading.

Main developer on the rebuilt of VSTS Dashboard. Responsible to create to implement the grid system, the concept of the edit mode, the blade menu for configurations and catalog of widgets. Worked on the third-party SDK as well as creating few widgets.

Part of the team that maintened MSDN.com. Participated to the recast of the editing system to be more open for external contributions.

Developing the whole application architecture, acting as a team leader for the team and coding critical part of the software. Private web application to handle the management of financial assets.

Took the lead of an existing project by modernizing the user experience with drag and drop features and remove the dry CRUD website experience into a rich web application. Private web application to handle data, risks and transactions of billion of dollards.

Advisor to guide the team with best practices for web and testings. Performance improvements and usability improvements of the existing system.

I had the role of a Web expert for a team constituted of 6 developers for the whole 8 months. It was their first web project and I had to guide them for best practices for the architecture of the software but also with the use of Asp.Net MVC. I was the first resource for everything concerning Javascript and CSS

Working in many areas of the existing systems to improve features. Worked mainly in the visual graph that allowed to configure the flow of work.

Owner of StockVirtual.com which is a Asp.Net MVC, Entity Framework, Redis website hosted on Azure that has above 65 000 users that trade stocks in a safe virtualized environment. Thousands of unit tests, Application Insight for telemetry, Stride for transactions and SendGrid for email.

Work with everything you need to create TypeScript applications

This book is a melting pot of several articles about TypeScript, React and Redux. They are scenarios that happen in the everyday work of developers who use these technologies.

This book is a melting pot of several articles about TypeScript, React and NodeJs. They are scenarios that happen in the everyday work of developers who use these technologies.

Visual Studio is one of the most sophisticated integrated development environments in the world today. With hundreds of features and several different editions available, it can be hard to learn your way around, and hard to know whether you're using it to its full potential. Visual Studio Condensed gives you a quick and systematic guide to the features that matter most for your productivity, tagged clearly by edition and user level.

Main maintainer. The goal of this Chrome Extension is to receive statistics about how the data is fetched and saved by the library. Build with TypeScript.

Main maintainer. The goal of this TypeScript/JavaScript library is to provide a tiny abstraction to cache data when performing remote HTTP(s) API calls. It eases the request by caching the data in memory and/or in the browser memory with a limited set of options. The cache works with two levels of cache: the first one is a memory cache and the second use IndexDB as a persistent cache.

I have built a dozen of web applications and web sites with many technologies. From classic ASP, to PHP, to ASP.NET with form or MVC I have embraced many eras where Internet Explorer was king and dethroned by Firefox and now Chrome. I built websites with custom frameworks to the most popular and recent with Angular and React.

I have been writing C# for more than a decade and recently have focused mostly in TypeScript on many different scale project from few developers to almost a thousand. I love how TypeScript enhances JavaScript to be more efficient and reduce errors. I've been doing internal formation, created online classes and wrote many posts on the subject.

I have many Linux VPS around the worlds but moved in the last few years on Azure. Recently I had to touch AWS as well. Not only it's easier, faster but it also encourages better practice to separate systems to be more resilient.

I created many GraphQL servers that are leveraging backend technologies like gRPC and Protobug to generate TypeScript automatically. A firm believer that GraphQL improves the velocity of the consumers of the information for web applications and scripts.

FLUENT IN MANY SYSTEMS

Windows or Mac, VSTS or Jira/Atlassian, it does not matter

I have been working mostly with Microsoft technologies but have experience on other systems. I am a fast learner, and even under high pressure like at Netflix, I was able to switch from a Windows to Mac environment within a few days. I am also quick to do 180 degrees. Configuring VSTS, or Jenkins or accessing third-party API is not an issue.

Weekly episode on many series like gRPC, GraphQL, TypeScript and more web developments

If you’re looking to move beyond vanilla JavaScript and take your skills to the next level, then you’ve come to the right place. TypeScript is an in-demand language that sits on top of JavaScript. That means you can do everything you can in JavaScript with TypeScript, but also enjoy countless other perks including support for JS libraries, NPM, static typing, and much more.

In-depth content balanced with tutorials that put the theory into practice. The focus of this course is on giving you both the understanding and the practical examples that will allow you indulge in the art web development with TypeScript 2.x while taking you through core programming concepts.

A fast-paced guide that will take you on a journey through the various new features of TypeScript, with the help of real-world, practical videos that show you how to dive right into web application development using TypeScript’s essential.

You know what a person worth when this one must deliver. I'm a balanced software engineer that can do smart designs that are cost-effective and maintainable. You can describe me as someone who enjoys simplicity, with a firm commitment and rigor that allow me to pursue a good delivery and innovative cadence.

I do not give up, either surrender. Here are my 2017 objectives for example that illustrate how focus I can be to self-improve. 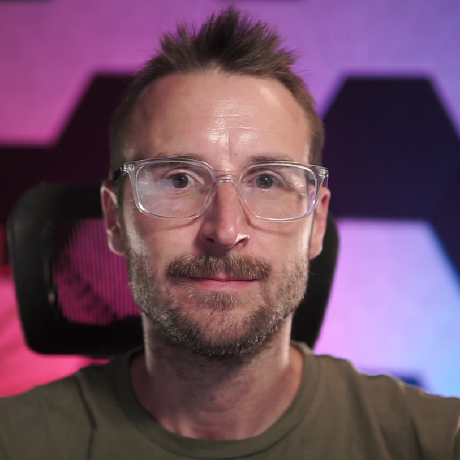 During elementary and high school I did competitive karate and won more than 250 prizes over 9 years. Finish twice second in Germany in 1990 in the world championship. I continued my scholarship with three years in Montreal CEGEP in computer science and followed with four years at the University named École de Technologie Supérieur (ETS). During these years I worked on many side projects and always been a top performer. One of my side projects became a small venture and grew to above 65 000 users.

Mid part of University, I developed for few companies where I could use my web expertise to help a variety of software written in many languages like Asp, Asp.Net, Asp.Net MVC and I was a strong advocate to make website cross-browser wich the arrival of JQuery helped the whole process.

In 2013, I became one of the sixth Canadian to be a Microsoft MVP in Asp.Net/IIS. A title that I got for two years in a row until I left Montreal to dwell in Redmond (WA) to work for Microsoft for three years. In 2017, I moved to Silicon Valley to join Netflix as a senior software engineer, bringing my React, Redux, TypeScript expertise into a brand new system that Netflix's partner uses to help to carry a third of the worldwide bandwidth. In parallel, I started a master degree in machine learning at Georgia Tech University, maintain few open source projects, and I deliver presentations at conferences.

You can contact me directly by email or use social media